Sewing up the pension bonds

With April 24 looms an important deadline for DPS’ finances.  This is the date in which one of the key stakeholders in our volatile pension financing scheme contractually bows out of the deal, potentially leaving us with having to cough up $750 million in cash reserve to keep the entire wispy deal intact.  Fortunately, much progress has been made toward a more stable disposition of the deal, thanks to the incredible leadership and resolve of my colleague, Jeannie Kaplan (Central Denver), as well as the cooperation of Treasurer Mary Seawell (at-large). 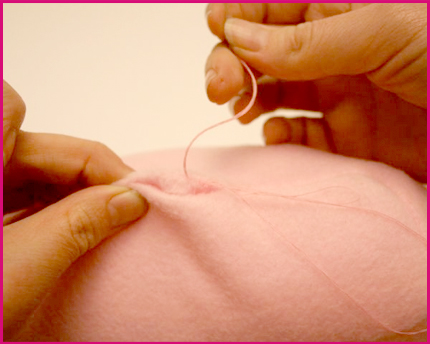 Sewing up the pension deal hole

Here are some incredibly important wins Jeannie has been able to achieve:

You see, previously, it was asserted that Jeannie and the other two of us only wanted to talk about the pensions because it was “political.”

There were a few chances to set things on a more stable footing throughout the life of this deal, and I’m cataloging a few here:

The graph below shows what has been happening with treasury notes, or the foundation of our interest rates, over the last few months.  The top line is for 30-year rates, the bottom for 10-year rates.  Interest rates are calculated with these treasury rates plus some factor that reflects base risk.

And so as we move toward a resolution of this situation, here are a few of my guiding principles.

Principle #1: No unnecessary risks should be taken.

While the interest-rate swaps that are part of this pension bond deal might be a good idea for the private sector, the Denver Public Schools is decidedly a public-sector entity (note the word “Public” in our title), and therefore we do not have the same risk tolerance as a for-profit company.

There are some for-profit companies that have made off very well in deals like this.  This deal depends on a relative stability in interest rates, and along the lifecycle of such a deal, there can be very scary market fluctuations that create cash flow problems.  For longstanding private entities with lots of assets, this may not be an issue.  If a cash flow problem arises, they can simply sell off assets to shore up the difference.

For the Denver Public Schools, on the other hand, our assets are school buildings, school buses, lunchroom tables, computers, and the like.  In other words, every asset on our books is mission critical.  We can’t just sell off, say, East High School just to raise cash to cover a cash shortfall caused by market fluctuations.  If we do, we rob students of their rights to an education and thereby destabilize their futures.  Yes, those are the stakes.

Interest-rate swap deals are unnecessary if a fixed interest rate is available.  They serve no one but the banksters that sell these instruments.  Because the bonds have to be “remarketed” often, sometimes even weekly, transaction fees and commissions are paid to the financial entities that “sponsor” them.  There were times during the life of this deal that we were absolutely paying out much more in fees than in proceeds, especially as the financial crisis in Greece came to a head (their problems are related to deals like ours).  These are also incredibly complex deals that were never intended for the public sector.

Over the life cycle of the deal so far, are we in a net positive or negative?  Does it matter?  Since I’ve explained that every asset (including cash on hand) is mission critical, can we afford to take periodic hits due to market fluctuations? I say, “no way.” In my opinion, the mentality that thinks it’s ok to suffer losses over 30 years, only to be in the black at the end, is completely inappropriate for a public school district.  Because of the looming state budget cuts, we can’t EVER afford to suffer losses, because kids are in school every year.  Period.

Principle #3: Our public employees have earned a safe pension.

Now, should there ever be a situation in which we ask employees to contribute more to help us keep the pension fund healthy?  Absolutely yes, but that requires us to adopt a more collaborative spirit with our employees and to have all facts on the table so that we can have honest conversations between adults.  Our employees understand the concept of shared sacrifice, and they are dedicated to the mission.  They just ask that we’re straight with them and respect them as stakeholders.

The public money is not to be trifled with.  You, Mr. and Ms. Awesome Taxpayer, do not fork over your hard-earned green so that we take it to Vegas.  You are not asking us to make a profit.  You provide what we tell you we need, and you expect us to be as thrifty as possible and still ensure that kids are educated well.  If we can save money, great.  If costs go up, we need to justify them to you.  But you realize that this public education system is not about making money.  It’s about providing for our children.

Moving toward a solution

I reiterate my position on the nature of the deal going forward, which we should have little-to-no risk and that we should take advantage of fixed interest rates as quickly as possible.  The district seems to prefer a scenario in which we refinance around 75% of the bonds in a new interest-rate swap and 25% in fixed-rate traditional refinance.  It appears that they’re basing this scenario on their belief that we will not be able to get a good fixed rate.  I don’t happen to agree; in fact, it’s my and Jeannie’s belief that we could get as low as 7.25% fixed interest, saving a whole lot if we move all $750 million (we currently pay the equivalent of 8.5%).

The problem again centers around the volatility of the markets.  So, we’re proposing the following guidelines for the refinancing of the pension bonds, going forward (this is not intended to be a complete list yet):

We’ll keep you posted as the negotiations move forward.